Each year, the AHG gives out two awards to deserving members of the herbal community. Learn more about the Community Service Award below. To learn about the Award for Notable Work Supporting Diversity, Equity, and Justice in Herbalism click here.

The AHG Community Service Award honors an individual or group that has contributed significantly to the herbal profession and made a lasting impact through community or environmental service related to herbal professions on a local or national level. Past recipients include the Arizona Ethnobotanical Association, the Sage Mountain Health & Wellness Clinic in Vermont, Natural Doctors International, the Common Ground Collective in New Orleans, the Herb Bus and Herbalista Free Clinic in Atlanta, the Ithaca (NY) Free Clinic, the Occupy Eugene Free Clinic in Oregon, the Alternative Access Healthcare Campaign of Seattle, Herbalists Without Borders, and Karen Henderson and the Veterans Resiliency Holistic Clinic.

The recipent of the Community Service Award is recognized with a plaque award at the Annual General Meeting of the American Herbalists Guild, at the Annual Symposium. In addition, the recipient will receive funding in the form of a cash award to further their community efforts. Funding is made possible by donations and contributions received from the AHG Annual Silent Auction Benefit.

Want to help support our award winners? Donate $25 and you will receive a set of 9 Herbalist Buttons! All proceeds go to fund the AHG Community Service Award and the Award for Notable Work Supporting Diversity, Equity, and Justice in Herbalism. Click here to make your $25 donation. If you would like to donate another amount use the button below.

About the 2019 Award Winner 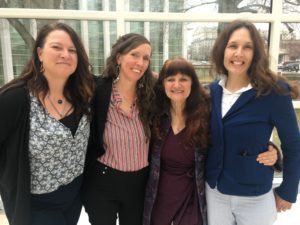 Free Fire Cider Movement
Fire Cider is a popular and traditional blend of herbs mixed with apple cider vinegar and honey used for its health-enhancing properties. This formula and name were coined by herbalist Rosemary Gladstar in the 1970s and later copyrighted. It has been reproduced, adapted, used and sold by thousands of herbalists over the past forty years.
In 2012, Shire City Herbals trademarked the term "fire cider" with the U.S. Patent and Trademark Office. Soon after, the company began sending messages to small-scale vendors on Etsy, demanding that they stop selling their fire ciders. When herbalists refused, Shire City reported them to Etsy for violating a trademark, and the website delisted the products. 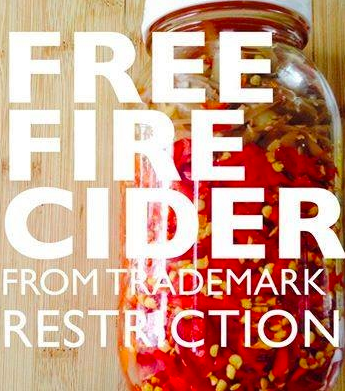 In response, the Free Fire Cider Movement filed for cancellation with the U.S. Patent and Trademark Office to cancel the trademark. Participants created a website, started a change.org petition which has over 15,000 signatures, and organized a boycott of Shire City Herbals.
In 2015 the Fire Cider 3, Mary Blue, Nicole Telkes, and Kathryn Langelier were sued by Shire City Herbals for $100,000 in damages from the boycott and trademark infringement. In 2016, the Fire Cider 3 won an appeal based on anti-SLAPP laws, several counts were dropped, and pro-bono legal representation was ordered. The final count of trademark infringement could not be settled and the Federal Fire Cider trial started March 25, 2019 and ran through July 2, 2019 in Springfield, MA. They won! Get a free fire cider update by watching this webinar with Nicole Telkes, Mary Blue, Rosemary Gladstar, and Kathi Langelier.
The Free Fire Cider movement is working towards keeping traditional and generic herbal terms in the hands of small businesses, teachers, and the general public. This movement is working to protect herbalists from being penalized for using terms that have always been in public use and is pursuing the idea of creating a herbal commons and dictionary.
To learn more, visit this FAQ page provided by the Free Fire Cider Movement.
Pictured above: (Left to Right) Nicole Telkes, Mary Blue, Rosemary Gladstar, and Kathi Langelier